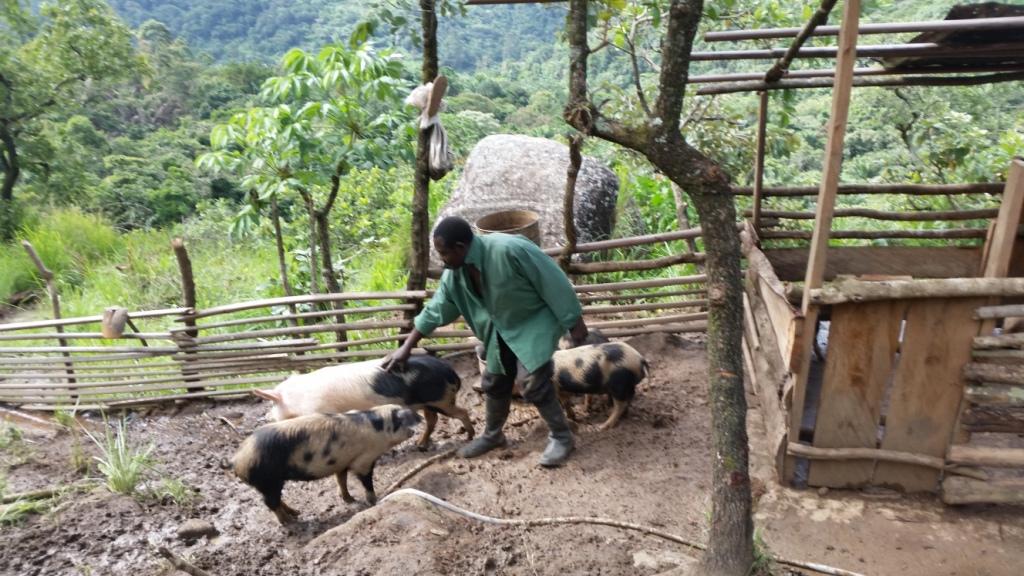 OFFGO is a farmers Group. Coherent with Law No: 90/53 of 19 December 1990 on the freedom of association, we prepare since December 2015 the submission of our statutes to the Divisional Office. Earlier attempts to submit the statutes and relevant documents failed due to the tense relationship with the Mbengwi Divisional Officer. As a temporal solution, we work directly under the auspices of traditional rulers and institutions. Our operations fall directly under their legal scope, and our communications cover its signatory and stamp. The Palace of Tudig (Mbengwi Subdivision, Momo Division of the North West Region) is directly involved in all OFFGO operations.

The goal of OFFGO is:

the promotion and implementation of organic farming, and sale of organic farming products,
the protection of the environment in which farmers operate,
the protection of the Cross river gorilla in the North West Region of Cameroon through the implementation of science-based protective organic farming programs as alternative for farmers’ activities in valuable areas for the species that might negatively influence the species’ survival, distribution or ecology,
the facilitating, negotiating and participation in mediation in times of farming-related conflicts between individuals or groups of people, whenever the need arises,
the protection, promotion and safeguarding of the fundamental rights of organic farmers, inscribed in the Universal Declaration of Human Rights, and in the Constitution of the Republic of Cameroon.

It is strictly forbidden, with penalty of suspension of membership or expulsion, for all members of the Group (article 5 of the Internal Rules and Regulations: loss of membership) to:

Use of physical or mental violence,
Use of the organization for political statements or initiatives,
Use of the name of the group for personal interests, that does not meet the objectives of the group,
Embezzle the funds, as well as the materials of the group.

All complaints in relation to violations of our Internal Rules and Regulations, and in particular of article 5, are properly investigated. An exclusion list is publicly available at our HQ.